Warning: Use of undefined constant php - assumed 'php' (this will throw an Error in a future version of PHP) in /home/dzogchen/dzogchen.kiev.ua/www/wp-content/themes/dzogchen/article_new.php on line 14

Warning: Use of undefined constant php - assumed 'php' (this will throw an Error in a future version of PHP) in /home/dzogchen/dzogchen.kiev.ua/www/wp-content/themes/dzogchen/article_new.php on line 15 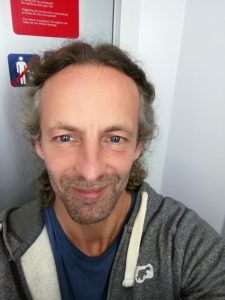 Tobgyalling is happy to invite you to a Combined Retreat in Rushens that will take place in Kiev (Ukraine) on November 16-19. The retreat will be lead by Cser Zoltan, certified instructor of SMS, Yantra Yoga and Vajra Dance.

The aim of the practice of Rushen is to distinguish or separate our ordinary mind from the Nature of Mind.

“Ru indicates that there are two kinds of dualistic vision: this is samsara; this is nirvana. Shen signifies a separation of this two conditions. Unless we separate the two, we will continue to transmigrate in the three worlds. ”
– Chogyal Namkai Norbu. “Outer Rushen. Going Beyond Limitations.”

END_OF_DOCUMENT_TOKEN_TO_BE_REPLACED

Chögyal Namkhai Norbu’s words on Tibetan Modern Dances in Tenerife, February 2013:
Transcription of Chogyal Namkhai Norbu’s words:
Milarepa said “any movement you do is Yantra”, just like you are doing Yantra Yoga or doing meditation, some exercise. Milarepa said “there is no difference” because depend you, what you do everything, dealing with. Even if you are only jumping, but if you are jumping with presence, relaxed, then it become useful.
If you are interested of teachings Sutra, teachings Tantra, teachings Dzogchen, Anuyoga, everything is coming from Tibet. When I was in Tenerife last year, then I am listening some of this Tibetan music, songs, etc… and I discovered how they are singing, they are communicating happiness, a sort of feeling, and situation, which kind of difficulties they have they are bringing in the melody, this is how we do in Dzogchen Teaching.
We try to understand which is the real situation, we do our best, for that reason I am thinking …oh, it is necessary, we should learn songs and listening well Tibetan songs.
What do you need to do when you are dancing?…when you are dancing…coordinate, must being present. That means you are being present, otherwise you couldn’t dance, but if you are present when you are dancing you relax also, even jumping, not necessary charging ..no, you jump relaxed, then it become also good for you, no?
It helps. Dancing, relaxing, being present, knowing that…this is practice, no? This is practice. No? How is it?

You are moving, dancing, but I am dancing inside. I know how we should move with melody. So then I’m looking and I’m singing. If it doesn’t correspond I’m thinking ‘Oh this does not correspond, this does not correspond’. Sometimes then I say ‘Oh, we repeat.’ Maybe then it corresponds more. But in any case many people are learning, particularly when we are starting to do the Gordro group. When we were starting this Gordro in the second group at the beginning even we were dancing Gordro most people were not moving with the melody. But now most people everywhere know how we should follow all Gordros. Why? Because we did it many times everywhere. So this is very good. Because this is also part of the practice. Many people think ‘Oh this is only dance, not practice’. This is really practice. Because we are Dzogchen practitioners.
If we are practitioners of Sutra for example, we are following teaching of Sutra, then we receive vows, we have also rules, we should do everything perfect. Also if you are dancing maybe it is said to be contrary, this is not good. But principle of the Dzogchen teaching – we have body, speech and mind, all these three aspects should integrate in the sense of the teaching. If we are being always in the state of Guru Yoga, state of contemplation then it is ok, everything, there is no problem. But when we don’t know how we should integrate, of many things more important, more easy to integrate mental concepts. So mental concepts we need to lead with our presence. This is why in Dzogchen teaching it is said, ‘After Guru yoga which is most important? Being present.’ We are dancing with physical body, then we are singing with voice, and also mind is then dealing with that. This is practice. Also this is the best relaxation.
Otherwise we are always judging and thinking about our works, problems, all these things we are always continually thinking. When we are dancing that moment we are not thinking what we should do, which is my problem. So it is very good also for relaxing. It is important you know it’s part of the practice, dancing is not only worldly situation. Then dancing also is becoming very important. When you know then how we are dancing, it is dealing with songs, melodies, what it is saying with melody, also if we know these meanings, then there is double benefit. Even if we don’t know meaning, but only melody, then we follow it. Sometimes when you are singing some of these sounds, even if you don’t know meaning you are singing one time, two times, three times then in your mind this melody is returning. We are not necessarily thinking and judging that. That is connected with the energy. Energy is movement. So that way we are relaxed. This is the reason also I’m always starting with you with singing and being present. That is all.

END_OF_DOCUMENT_TOKEN_TO_BE_REPLACED

Each of the three series of Dzogchen Teaching (Semde, Longde and Mennagde or Upadesha) include its corresponding methods of practice; the aim of all three, however, is to lead to final realization.
In Semde, the “mind series”, the practitioner is introduced to the nature of mind in order to have a concrete experience of it.
Longde means the “series of space”. In this instance space refers to the primordial dimension of emptiness which serves as a base for manifesting the clarity of the practitioner.
Mennagde, the essential series of “secret instructions” or Upadesha, comprises special teachings and methods based on the experiences of masters, with the aim of helping the practitioner progress up to complete realization.

END_OF_DOCUMENT_TOKEN_TO_BE_REPLACED

Yantra Yoga is one of the oldest recorded systems of yoga in the world. It has come to us by way of Tibet, a land that holds a vast, rich Buddhist knowledge and heritage. Yantra Yoga’s unique series of positions and movements, combined with conscious breathing, can help coordinate and harmonize one’s personal energy so that the mind can relax and find its authentic balance. Many positions used in Yantra Yoga are similar to those of Hatha Yoga, but the way to assume and apply them differs significantly.
Yantra Yoga uses a sequence that consists of seven phases of movement, connected with seven phases of breathing. In particular, the position in the central phase of each movement helps create specific retentions of the breath that work at a deep, subtle level. For this reason it is not only the main position, but this holding and the entire movement that are important.
The system of Yantra Yoga contains a wide range of movements that can be applied by everyone. It is a superb method for attaining optimal health, relaxation, and balance through the coordination of breath and movement. This fundamental and rich method is connected with the profound essence of the Dzogchen Teachings, although a Yantra Yoga practitioner does not necessarily need to follow a particular spiritual path, therefore anyone can practice it without limitation. It has been offered for the help of finding the true natural state.